What a relief of a weekend. It was really nice knowing I wasn't procrastinating homework all weekend. Saturday and Sunday were both joyous horse days. 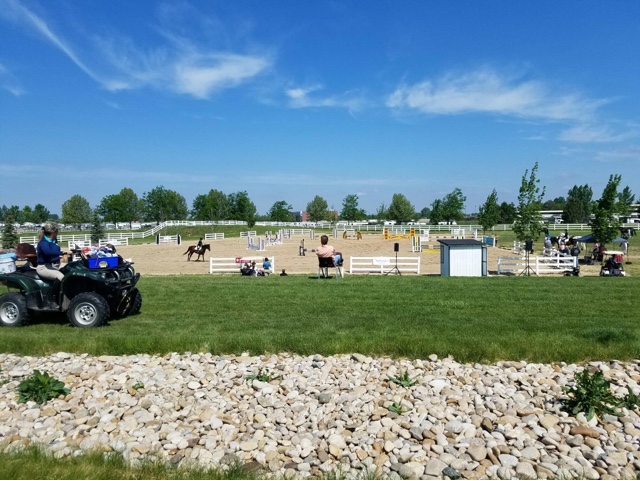 Saturday I got to play with both goobers. Ries was first. We had storm Friday night that left the outdoor a little slick and with lots of puddles. I decided that it would be good for us to ride in different terrain. We only worked for maybe 10 minutes and walked on a loose rein for another 15 minutes. It was such a nice feeling. The wet sand smelled of the beach as we strolled from puddle to puddle. It was a warming sense of nostalgia for me.

Being severely out of shape, I really didn't want to drive and see Monty. But I am so glad I did. Immediately when I arrived he reminded me of why I bought him. He is so sweet and loving. I opted to lunge because it would benefit him more than me attempting to ride like a potato sack. He was such a good noodle! His canter is becoming way more relaxed and he is getting stronger in his stifles. I'm so excited this week to ride him under saddle again. 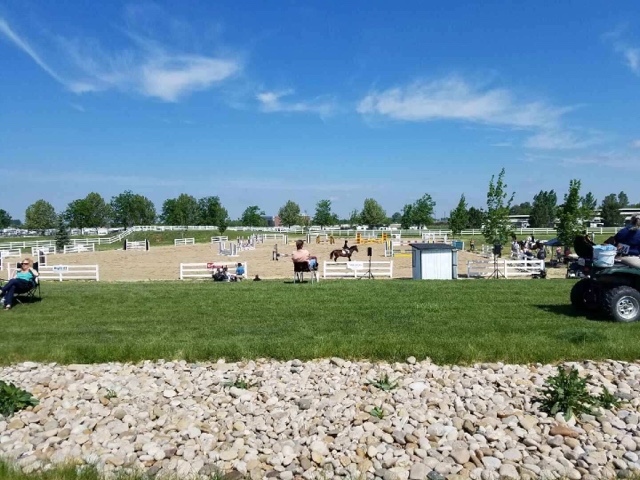 Sunday I ventured to our first-in-a-long-time USHJA show. I was a little girl at a candy store. Having not seen a recognized show in AGES it reminded me of happy times from my childhood. There was also a CWD rep and Voltaire rep. Cue internal screaming. We don't have any nice tack stores local and having lusted over nice french saddles for so long, I couldn't stop touching. 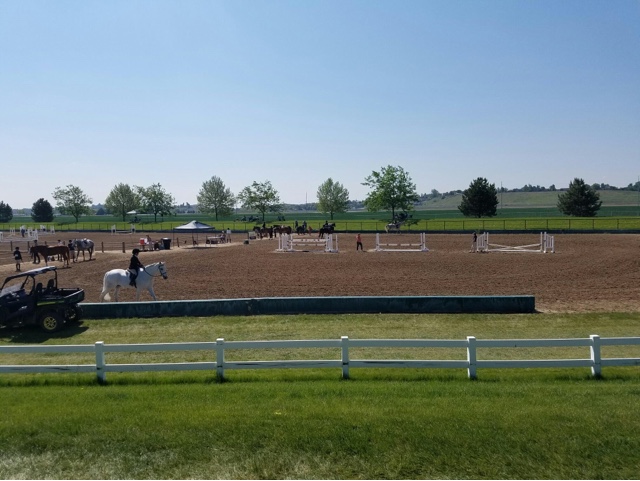 I spoke with the CWD rep and figured out what saddle I would need, and thus begins the saving to hopefully find a used one in August. Of course I wanted to hear her whole spiel about why CWDs were the best, ect ect. I am definitely in the market when my horse is fit and I have money.

Unfortunately the Voltaire rep was no where to be seen. Booo. I've always been a fan and really wanted to here what she had to say about their saddles. 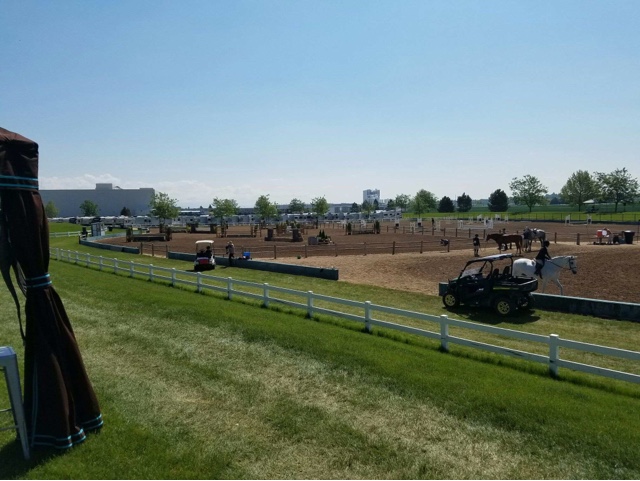 There was also a tack trailer from SLC. I absolutely admired her trendiness as I saw a lot of brands I had wanted to touch in real life before. I really wanted one of the TS 2" belts or she had gorgeous Asmar belts too. I played with some Equifit half pads (that I've been interested in).  She also had the new sheepskin Ogilvy's. It was really hard not to buy everything, especially a pair of Rockels. I've been needing new gloves but I have bills to pay before I can justify buying anything.

I hope you all had a fantastic weekend and YAY SUMMER!
Posted by Micaylah at 8:07 AM