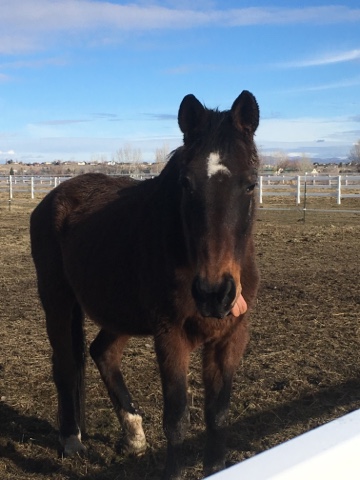 I may or may not have killed my laptop by spilling wine on it. Whoops. It's getting fixed slowly though so stay tuned.
The past two weeks has been insane for school. Two semesters left. I got this.
Just letting you all know I'm still here and planning on some posts here, just a lkttle disabled at the moment. How has your January been so far?
Posted by Micaylah at 10:40 AM 1 comment: 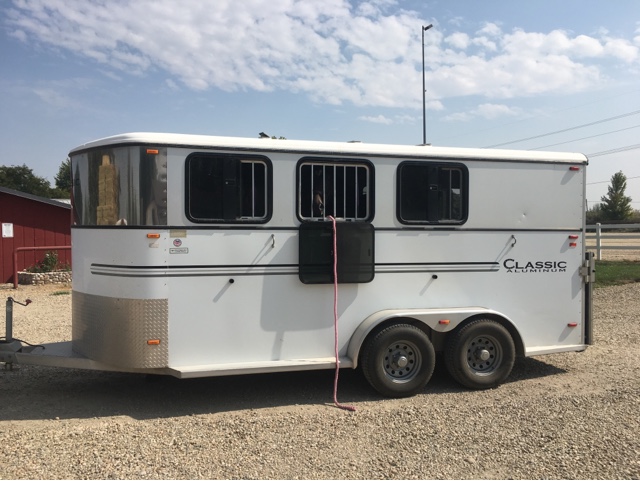 In my serious case of not having enough time, I believe I failed to mention one of my major accomplishments this year. I got a trailer! Well, technically, I got two trailers. Here is the story:

(I briefly mentioned I got a truck, Donna the Dodge, in 2016 and have yet to show pictures. I'll get a full pic of the rig one day)
I mentioned to horse trainer that one of my goals was to get a trailer to keep at my house because if something ever happened I wanted to know I could take the horses to the vet hospital. She agreed and because her horses were there too, she offered to help me buy one. Somehow she then became determined and the next week told me she bought a trailer and told me to go pick it up.

This gave me major anxiety because I hate feeling like I owe someone and I also had no way to immediately pay her back. She wasn't too worried though and said I'd have her paid off in no time. The trailer was perfectly fine for what I needed. A 4 horse turned 3 horse slant load with stock sides. Perfectly large tack room and light weight. It was old and hand dings but what did I care?

And then we moved (and I just remembered I have a whole post to write up about that still!)

And on the property was a gorgeous basically brand new all aluminum three horse trailer with a tack room and dressing room. CJ (horse trainer) mentioned to the current owner of the house if he ever wanted to sell it she would be interested. The sale of the house went through and upon move in we saw the trailer was still there. CJ called previous owner and asked why it was there and he said he wanted her to buy it. He was basically selling it for 60% less than what he bought it for new even though he maybe used it a few times (seriously it looked brand new, even on the inside!). So CJ happily obliged and determined she would sell my current trailer and sell me her old one instead.

Of course I wanted her old one; it was very nice and light weight. But I certainly didn't need it. Anyway, within two weeks CJ had my old trailer sold and I headed to the bank to get a loan to buy this trailer. And here we are. The rig is complete! And I'm even more poor now than ever before.

Or some other sort of cliche nonsense.

Last year was a challenge. But 2018 is definitely going to bring on new challenges, both good and bad. That's life.

I still have at least half a dozen posts to write up about things that happened in 2017, but I wanted to make sure I posted today to say thank you to all my friends in the blogosphere and wishing everyone a happy New Year!