Saturday June 23rd I packed up my trailer and went to my first dressage show in three years. And who did I have the pleasure of riding? Miss Evita of course!

I was so exceptionally nervous for this show. I had heard she gets very "up" at shows and I felt I had something to prove and needed over a 65%. I also knew I wanted to set us up for success at our first show together and opted to show training 2 & 3.

I tried on my show clothes a few days prior (I'm great at procrastinating) and realized my coat and shirt didn't fit super well so I bought a new coat and shirt (review to follow!). My ride times weren't scheduled for the afternoon so I had a leisure morning acquiring braiding supplies and liquid courage (see: procrastination). I pulled Evita out of pasture late morning and began to bathe and braid. 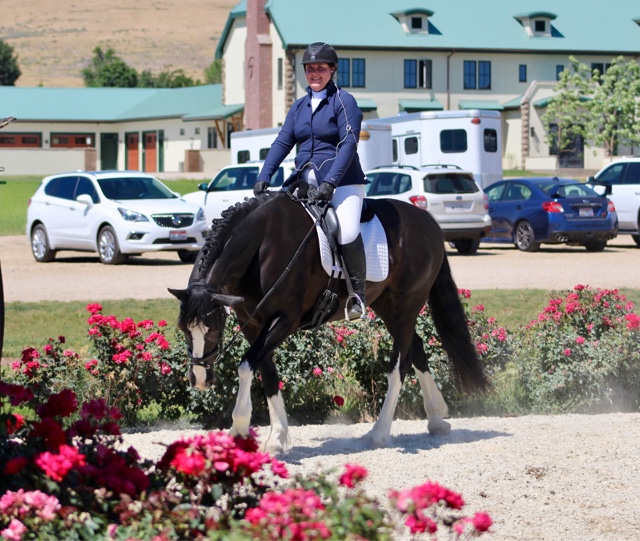 This is where my anxiety kicked it. E started yelling for Mae after being separated. I thought for sure this was the sneak preview of how the show was going to go. I also kicked myself for not thinning her mane earlier and broke out in tears over how fugly it looked. 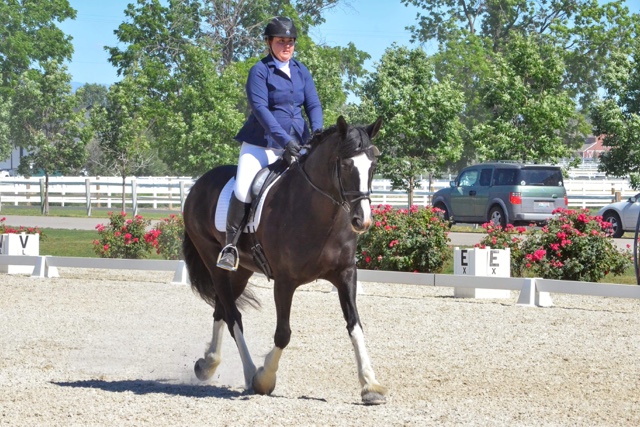 I hastily finished my shitty braid job, realized I was running late, and threw together a sandwich to take on the road. E loaded up ok but clearly was on edge. I checked my hitch job and hit the road for my long 15 min trek. 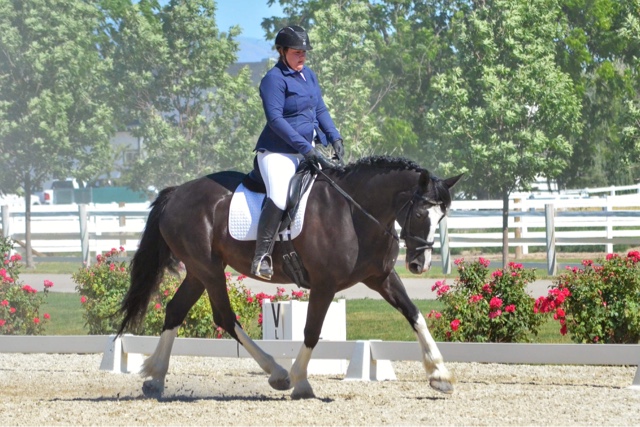 We arrived and despite parking arrangements not being idiot proof, I took a deep breath and went to check in. I saw some friends and literally asked them to babysit me because I've never shown by myself and my coach had other clients so would just see me in the warmup. I was advised to breathe and handwalk E around to let her look at the surroundings. I unloaded E and she took a look around, yawned, and lowered her head. 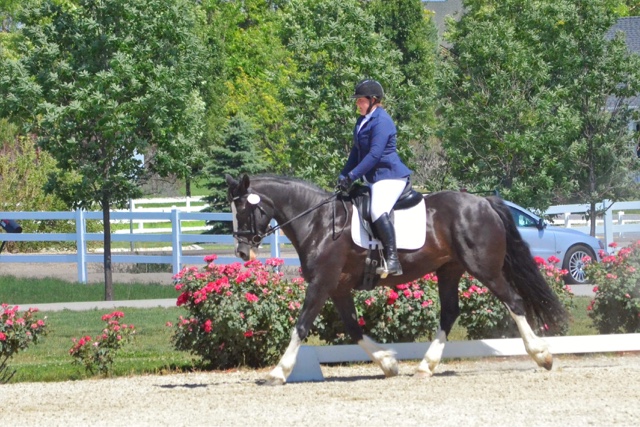 The more I walked with E, the more she yawned and chewed. Apparently she knew right where she was and was completely relaxed to go dance around. I was still worried that when I got on she would be different so I remained reserved. I tacked up a little behind schedule and headed over to warmup nervous. I got on and immediately told E we were here to do the thing. I'm pretty sure if I could have seen her face she would have been rolling her eyes at me. Shortly after a quick walk around I saw Jannae and my parents there to cheer me on. 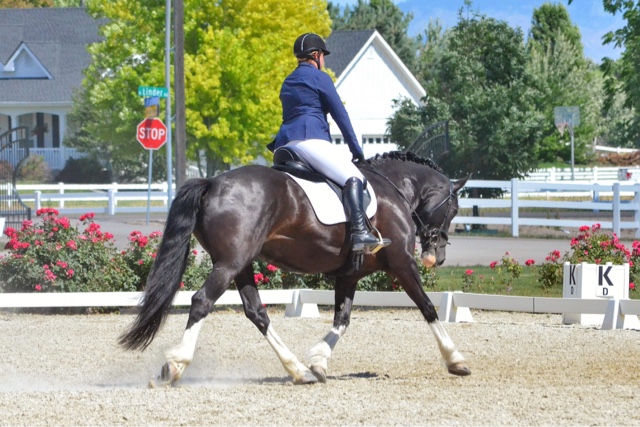 My coach gave me a quick warmup and off I went to enter at A. The test itself was easy and although I noticed E gained a small amount of tension as we entered, it was pretty solid. Mare had my back! After  our final salute I was so happy. I just couldn't help but think that omg we did the thing and E is easy and fun at shows! 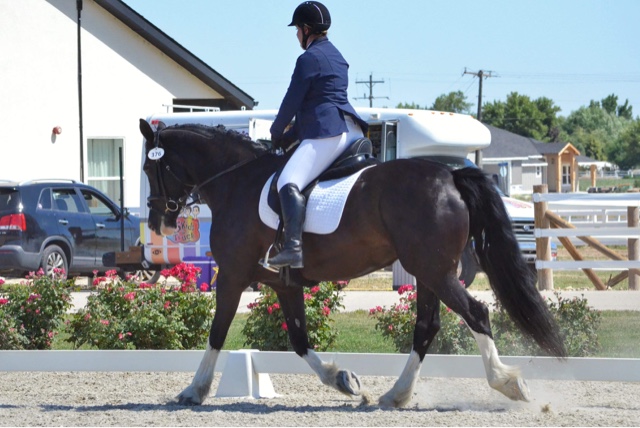 I hopped off because I had an hour until my next test and chilled happily with my friends. Next thing I know the score runner tells me congratulations and unsure, I said "thanks?!" before looking up at my placing. First! First? No wait, not just first but 80% first? What?! What!!! "You're the highest score of the day!" Again, what?! I proceeded to freak out (as E napped, naturally) in excitement. I couldn't believe we scored that high, it was unreal. I knew for my next test I didn't want to warmup very long and my goal was to just have fun. 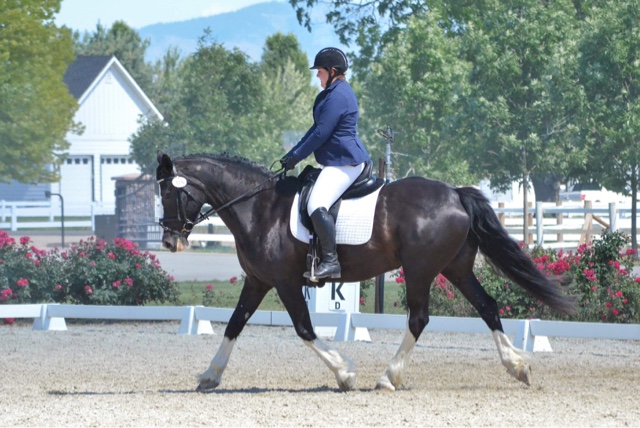 The beginning of the test went great but I noticed I was lacking energy and on my last canter circle and thought my downward transition was two letters before it actually was. My thought process went: "hold on E, our downward is just right there! Hm, we've been trotting for awhile. Oh..look..C...that's where my transition went" so we had a minor mistake, oh well. I finished up my long and low and was just happy to have laid down another pretty solid test. This test wasn't scored as favorably (lol I mean compared to the 80) but we got a well deserved 71%. I hopped off super pony, went to acquire treats (because I'm the worst and forgot some) and cracked open my wine while waiting to see who got high point. T'was me! Hell yes! I thanked the pony numerously for being the best teacher/babysitter ever and packed up to go get her home. Best. Show. Ever.